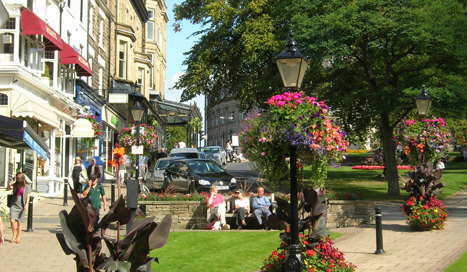 This tailor-made package includes executive coach travel throughout the holiday and from three nights’ accommodation on a half board basis at a 3* or 4* hotel in Yorkshire area to suit your group’s requirements. The content of your preferred itinerary will be discussed with you at the time of enquiry.

Day 1 - Calke Abbey (NT) is the second largest house in Derbyshire, built in 1703 for Sir John Harpur to replace his Swarkestone home. One of the treasures of the Peak District, it was acquired in the 1980`s by the National Trust and some of the rooms had remained untouched for nearly 100 years. They have now been carefully restored, but left as close to what they would originally have been. Nostell Priory (NT) was dedicated to St Oswald and was founded in the 12th century. The friars lived there until the Dissolution of the Monasteries by Henry VIII in the 16th century. The present building was constructed to the north of the old priory and was created over a period of 50 years from 1735 and involved two architects.

Day 2 - Pickering and the North York Moors Railway terminates in Whitby. Goathland is a North York Moors village which is surrounded by beautiful scenery. It is famous as Aidensfield, the 1960's setting for the popular ITV police series Heartbeat and many of the series landmarks are recognisable, including the stores, garage / funeral directors, the public house and of course the railway station. Nunnington Hall (NT) where the site of the present hall was built in the 13th century. The present hall dates from the 16th and 17th centuries and architecturally, has a distinct Elizabethan appearance. It has had some interesting and scandalous tenants during its lifetime, including Elizabeth I's doctor, Robert Huicke, and Viscount Preston, who plotted to return the exiled James II to the English throne. To the south of the house is a charming walled garden, a rare survival from the 17th century.

Day 3 - Harewood House is home to the Queen's cousin, the Earl of Harewood. The House with its outstanding art collections, splendid State Rooms and fascinating 'Below Stairs' exhibition, is set in spectacular grounds, which include formal gardens, gentle woodland walks and Bird Garden.  Harrogate is a famous spa town and home to ‘Betty’s’ Tearooms as well as the Victorian Baths, Japanese Garden and RHS Harlow Carr Gardens.

Day 4 - Newby Hall is one of England's renowned Adam houses, an exceptional example of 18th century interior decoration, recently restored to its original beauty. Built under the guidance of Sir Christopher Wren in the 17th century, the superb contents of the house include the Gobelins Tapestry Room, a renowned gallery of classical statuary and some of Chippendale's finest furniture. Fountains Abbey (NT) is Britain's largest monastic ruin, founded in 1132 by 13 Benedictine monks seeking a simpler life. Following the Dissolution of the Monasteries in 1539, the Abbey buildings and over 500 acres of land were sold by the Crown to Sir Richard Gresham, a merchant. The property was passed down through several generations of Sir Richard's family, finally being sold to Stephen Proctor who built Fountains Hall probably between 1598 and 1604. The Studley Royal Estate was separate from Fountains Abbey until 1767. The water garden was the vision of John Aislabie who devoted himself to this creation until his death in 1742. His scheme was to transform what had been a wild, wooded valley into landscaped grounds. Markenfield Hall is a spectacular medieval house, built mainly in 1310, and completely surrounded by its moat. It has been wonderfully little altered since, and is the most complete surviving medium-sized 14th century country house left in England.

Day 5 - Hardwick Hall (NT) is one of Britain's finest Elizabethan houses built for Elizabeth, Dowager Countess of Shrewsbury, who moved here in 1597. The house itself stands in a commanding position overlooking the surrounding countryside next to the ruins of Hardwick Old Hall. The original Old Hall may have dated from the 14th century, but the ruins you can now see were, curiously, built only a few years before the 'New' Hall alongside.