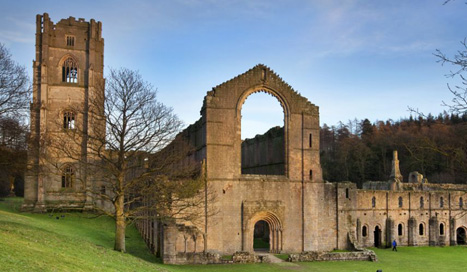 This tailor-made package includes executive coach travel throughout the holiday and from three nights’ accommodation on a half board basis at a 3* or 4* hotel in North Yorkshire to suit your group’s requirements. The content of your preferred itinerary will be discussed with you at the time of enquiry.

Day 1 - Stamford is situated on the old Great North Road leading to York and Edinburgh. Captured in time by its conservation status this once major wool town has retained much of its old world charm and prosperity. Many of the buildings are constructed from old Lincolnshire limestone, hence the town's distinguished appearance and popularity with tourists and movie directors alike.

Day 2 - Ripley Castle is both fascinating and highly entertaining. Learn about the portraits, furnishings and armour and hear how 'Trooper Jane' Ingilby held Cromwell at gunpoint in the Library. The highlight is the Knight's Chamber where there is a secret priest's hiding place. The castle’s history is one of political, military, religious and social turbulence, of plague and persecution, of renaissance, enlightenment and industrial revolution. Fountains Abbey (NT) is a World Heritage Site and one of the most remarkable of its type in Europe. The spectacular remains of this 12th century Cistercian abbey and rare monastic water mill are over 800 years old and there is also an Elizabethan mansion as well as one of the best surviving examples of a Georgian green water garden. Elegant ornamental lakes, avenues, temples and cascades provide a succession of unforgettable eye-catching vistas in an atmosphere of peace and tranquility. Ripon, is the Cathedral city of the Yorkshire Dales, they have welcomed worshippers, pilgrims and visitors to its peaceful sanctuary for over 1300 years. Within the nave and choir, you can see evidence of 800 years in which master craftsmen have expressed their faith in wood and stone. Today’s church is in fact the fourth to have stood on the site although the original Saxon crypt, famed as the earliest complete Saxon crypt north of the Alps, survives virtually intact.

Day 3 - Eden Camp transports you back in time to wartime Britain. You will experience the sights, sounds, even the smells of those dangerous years. Here they have reconstructed scenes using movement, lighting, sound, smells, even smoke machines which make you feel that you are there taking part in history. This special award winning Museum is an original Prisoner of War Camp, built in 1942. Castle Howard is a privately owned and stunning house with spectacular gardens. It is one of Britain's finest historic houses and is still home to the family whose forebears conceived, designed, and built it over three centuries ago. It is also where the original film ‘Brideshead Revisited’ was filmed.

Day 4 - The Settle–Carlisle railway takes you through some of the most spectacular scenery and villages of North Yorkshire and the Cumbrian border, including Ribblehead (famous for its viaduct) which has 24 arches, is 104 ft high & 440 yards long.  Hawes is the 'little capital' of Upper Wensleydale and Yorkshire's highest market town. Not only is it famous for its chocolate-box, picture postcard appeal, but also as the home of some of the most delicious cheeses to be made in Britain and the ancient art of rope making. On the Dales Route you will travel through villages made famous by the Calendar Girls film, Kettlewell being one which is also known for its annual Scarecrow Festival in August.

Day 5 - A canal boat journey on the Leeds Liverpool canal takes you into the market town of Skipton where there is a traditional street market 4 days a week. Skipton Castle is over 900 years old and is one of the most complete and best preserved medieval castles in England. This impressive history-rich castle, withstood a three-year siege during the Civil War. View the Banqueting Hall, the Kitchen, the Bedchamber and Privy.