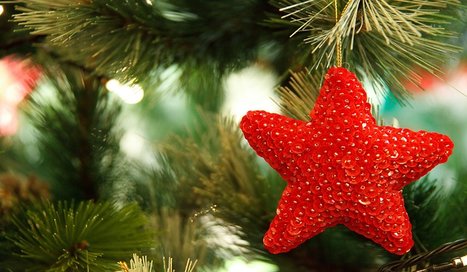 Day 1 - Houghton Hall Garden Centre is home to ‘A World in Miniature’, a truly amazing museum which contains of one the world's top three collections of quality miniatures. Made with breathtaking skill and craftsmanship and displayed with care and attention to detail, this museum is sure to thrill and delight collectors and the curious alike.

Day 2 - Abbott House is set in its own gorgeous gardens, a stone’s throw from a royal palace, monastery and abbey where Scotland’s great hero king, Robert Bruce, is buried. It is the perfect place to explore Dunfermline’s remarkable story at the heart of Scottish history where you can explore this unique building dating from the middle ages. The Abbey is the final resting place of some of Scotland’s greatest kings and queens. The great Benedictine abbey of Dunfermline occupies an especially important place in the national consciousness. The royal lodgings at the abbey developed into a spectacular palace and it is the birthplace of Charles I. There are stunning views of the glen which can be viewed from the palace. Aberdour Castle served as a residence for three noble families over a period of 500 years and is among the oldest standing masonry castles in Scotland. The present complex of roofed buildings and ruined structures perfectly illustrates how a medieval castle could be extended and modified over time.

Day 3 - Edinburgh and its Castle.  A key attraction within the castle is the Scottish Crown Jewels. The crown, sword and sceptre are amongst the oldest regalia in Europe and are displayed with the Stone of Destiny, the coronation seat of Scottish Kings. Military history at the Castle includes the National War Museum of Scotland, the Royal Scots Regimental Museum and the Royal Scots Dragoon Guards Regimental Museum.

Day 4 - The Bannockburn Visitor Centre  you canre-live the action of Scotland’s most famous battle which took place in 1314 between King Robert the Bruce of Scotland & the English army. Stand at the Borestone overlooking the battlefield and view the monumental statue of Bruce which has become a Scottish icon. Stirling has some of Scotland's most important historical sites i.e. the famous Wallace Monument & Stirling Castle. The Tullibardine Distillery nestles at the foot of the Ochil Hills which are renowned for the crystal purity of their spring water. The Distillery draws its water from the same source which fed the first public brewery in Scotland and from where King James IV purchased beer to celebrate his coronation in 1488. Today, Tullibardine reigns supreme as a fine malt whisky of majestic qualities.

Day 5 - The Summerlee, The Museum of Scottish Industrial Life. The museum has many attractions including Scotland's only electric tramway and recreated mine and miners' cottages. Summerlee’s electric tramway operates on over half a kilometre of track and a number of trams are operational on a daily basis, including one from Austria and one from Belgium.