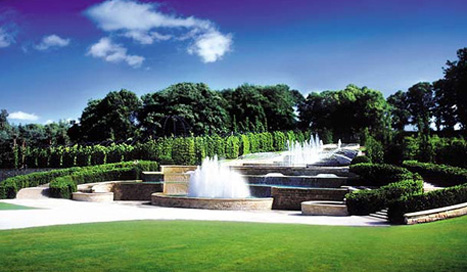 This tailor-made package includes executive coach travel throughout the holiday and from three nights’ accommodation on a half board basis at a 3* or 4* hotel in the North East to suit your group’s requirements. The content of your preferred itinerary will be discussed with you at the time of enquiry.

Day 1 - Barnard Castle visit the Bowes Museum which is a hidden treasure, a jewel in the heart of beautiful Teesdale. The magnificent building stands proud in this historic market town and houses internationally significant collections of fine and decorative arts.

Day 2 - Beamish, Britain’s favourite ‘open air museum’ is set in over 300 hundred acres of beautiful countryside which vividly recreates life in the North of England in the early 1800’s and 1900’s. This attraction demonstrates the recent history of the region in a ’living’ way and provides entertainment and education for all ages and interests. The City of Durham, known as the City of Bishops is home to the World Heritage Site of the Cathedral and the Castle. A leisurely cruise on the river Wear is possible.

Day 3 -Northumbria’s Heritage Coast, at Bamburgh visit the Grace Darling Museum. Grace Darling was 22 years old when she risked her life in an open boat to help the survivors of the wrecked SS Forfarshire on 7 September 1838. With her father, she rowed for over a mile through raging seas to reach them. Grace was the media celebrity of her day and was celebrated internationally as well as being showered with honours, including the RNLI's Silver Medal for Gallantry. Bamburgh is also home to a stunning Castle. Lindisfarne Holy Island owned by the National Trust can be visited, subject to tide times. This island was populated by missionaries in the 7th century after coming from Iona led by St Aiden. The Danish ransacked the monastery 150 years later and in 1802 the Benedictine monks who built the priory, which is now in ruins is where the monks made mead, which is still made today. Berwick-upon-Tweed is the most northerly town on the Northumberland Coast and has been a thriving trading centre and international port from as early as the 12th and 13th centuries. Berwick was a Royal Burgh of Scotland in 1120 and during the many centuries of border warfare changed hands no fewer than 14 times, the last being in 1482. Three bridges span the River Tweed here and Berwick is considered to be one of the most picturesque towns on the region's coast mainly because of its attractive red roofed houses and pinkish grey elegant and attractive Georgian buildings.

Day 4 - Alnwick Gardens. Discover the delights of this magnificent and historic place. The Duchess of Northumberland's vision was to create a beautiful public space accessible to everyone. This is a garden which is a place of contemplation, a place of fun, a place of inspiration and education. Adrian Fisher the world's leading maze designer, Caroline Holmes a renowned figure in the horticultural world and William Pye a celebrated water sculptor combined their talents to create stunning features within the Garden. Alnwick Castle also known as the 'Windsor of the North' is a  foreboding medieval castle with stunning State Rooms containing fine furniture and paintings by Canaletto, Van Dyck and Titian and has been owned by the same family for nearly 700 years.  Cragside House, Gardens & Estate NT, was described in 1880 as 'a palace of the modern magician'. It is a truly unique visitor attraction and was the family home of Lord Armstrong, Victorian inventor and industrialist. Cragside was the first building in the world to be lit by hydroelectricity and a walk around the National Trust property reveals a wealth of ingenious gadgetry including fire alarm buttons, telephones, a passenger lift and a Turkish bath suite. Outside Cragside is one of Europe's largest rock gardens sloping down the valley to the Debdon Burn and the Iron Bridge is one of the oldest of its type in the UK.

Day 5 - Newcastle-upon-Tyne is a vibrant friendly city, with a heritage spanning the past 2,000 years. A guided tour will highlight some of the six bridges, which span the river Tyne and constitute the most famous view of the city. The three most famous have led the way for designs around the world. The Tyne Bridge is the best known, built in 1925-28 whilst the High Level Bridge was designed by Robert Stephenson and was the world's first road and railway bridge with the railway being carried above and the road below. Newcastle is brimming with attractions both old and new, a few of the highlights are; Earl Grey's Monument, St. Nicholas Cathedral, the Castle Keep, Bessie Surtees' House, and Blackfriars.