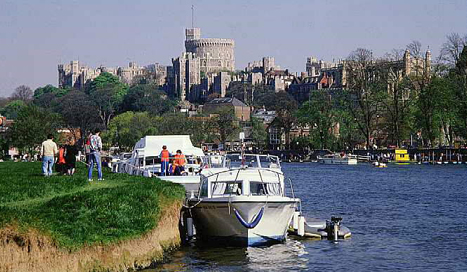 This tailor-made package includes executive coach travel throughout the holiday and from three nights’ accommodation on a half board basis at a 3* or 4* hotel in Hampshire to suit your group’s requirements. The content of your preferred itinerary will be discussed with you at the time of enquiry.

Day 1 - Brooklands Motor and Aviation Museum. This was the world’s first purpose-built motor racing circuit, constructed in 1907 which was more than a great sporting arena. Brooklands was the birthplace of British motorsport and aviation, the home of Concorde and the site of many engineering and technological achievements throughout eight decades of the 20th century. The Museum displays a wide range of Brooklands related motoring and aviation exhibits ranging from giant racing cars, motorcycles and bicycles to an unparalleled collection of Hawker and Vickers/ BAC-built aircraft, including the Second World War Wellington Bomber, Viking, Varsity, Viscount,  Vanguard, VC10 and BAC One-Eleven. The London Bus Museum houses a remarkable collection of around 35 buses and coaches, the widest selection of ex-London Transport motor buses under one roof in the world. Vehicles are all of London origin and date from between 1875 to 1979 and are arranged in a timeline from the early horse bus to more modern buses similar to those on London’s streets today.

Day 2 - Windsor Castle is the oldest and largest occupied castle in the world and the Official Residence of Her Majesty The Queen whose rich history spans almost 1000 years. The Castle contains magnificent State Apartments furnished with treasures from the Royal Collection, St George's Chapel (one of the most beautiful ecclesiastical buildings in England and the burial place of 10 monarchs), The Queen Mary's Dolls House, a masterpiece in miniature, The Drawings Gallery featuring 'Prince Philip: Celebrating 90 years'. During the winter months an additional five rooms, known collectively as the Semi-State Rooms, are included in the visitor route. Eton College & Guided Tour: Eton was founded in 1440 by King Henry VI and is one of the oldest schools in the country. Its historic buildings are an integral part of the national heritage and it is with great pleasure that they invite visitors to experience and share the beauty and traditions of the College.

Day 3 - Combination of two of the following:-
The Whitchurch Silk Mill built on the River Test in Hampshire in 1800, during the reign of King George III. Silk has been woven here since the 1820/1830’s and it produces high quality silks to order for theatrical costume, interior designers and historic houses. Their silk was used in the ITV1 Drama 'Downton Abbey' which was filmed at Highclere Castle.
Gilbert White’s House & Gardens & the Oates Collection. This is an eighteenth century village house and garden which was the home of the Reverend Gilbert White. He was a clergyman and naturalist and is famed as the author of the Natural History and Antiquities of Selbourne. White died in 1793 and the garden was neglected for many years thereafter. Now being restored, it is of interest both as the garden of an eighteenth century naturalist and an eighteenth century clergyman. The Oates Collection exhibits focus on the lives and adventures of two members of the Oates Family, both pioneers and explorers of the natural world.
Milestones, Hampshire’s Living History Museum - Imagine an open-air museum inside a massive modern building… a network of streets with shops, a village green and even a pub dating from Victorian times and the 1930’s.

Day 4 - Polesden Lacey (NT) is an Edwardian country estate designed to be the perfect setting for a millionaire’s hostess to entice royalty, politicians and the best of Edwardian society, for entertaining weekends in the country. The house has notably stunning interiors and collections, delightful gardens and has superb views across the rolling Surrey hills. Wander through the beautiful walled garden, before strolling through the extensive grounds and landscape walks.