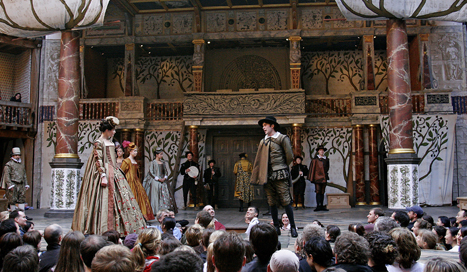 This tailor-made package includes executive coach travel throughout the holiday and from two nights’ accommodation on a half board basis in The Greater London area at a 3* or 4* hotel to suit your group’s requirements. The content of your preferred itinerary will be discussed with you at the time of enquiry.

Day 1 - A guided tour of London’s East End. This was once the scene of the medieval Peasants' Revolt and was once famous for market gardens, fine churches, textile, clothing, furniture and shipping-related industries. Greenwich, home to London’s oldest Royal Park and a UNESCO Heritage Site which hosted the 2012 Olympic Equestrian, Modern Pentathlon and the Paralympics’ Dressage competition. Enjoy the panorama from the Old Royal Observatory. Historic Maritime Greenwich famous as the birthplace of King Henry VIII, Queen Mary I and Queen Elizabeth I and the centre of the naval world, crossed by the Greenwich Meridian. It has many attractions including the Maritime Museum, the Queens House, the Royal Observatory, the Old Royal Naval College and the Fan Museum to name but a few. The Experience - Enjoy great views and a unique ride across the Thames on Emirates Air Line, it runs between North Greenwich and the Royal Docks with a journey time of less than 10 minutes. A Jack the Ripper Guided Walking Tour. As night sets in and the long shadows fall, we delve into the crooked, cobbled alleyways of Whitechapel to follow the Ripper’s bloodstained trail of terror. Step by blood-curdling step, you are spirited back to the spine-chilling era of gas lit horror, to join the Victorian police as they hunt the Ripper through the warren of crumbling backstreets. Through the menacing shadows you go, visiting and inspecting murder sites, sifting through the evidence and eliminating suspect after fascinating suspect. You will see the doorway where the ONLY clue was discovered, the wall upon which a sinister message was scrawled and the awe inspiring building where the last victim desperately sought shelter.

Day 2 - A Tour of The Houses of Parliament takes approximately 75 minutes and includes the Commons and Lords Chambers, the Queen's Robing Room, the Royal Gallery and Westminster Hall. The tour takes in some of the most important areas of the Palace in which Parliament meets, and explains what Parliament is and does, what it has meant to different people at different times, and how it came to be what it is today. Most of the buildings seen on the tour were built in the mid 19th Century following a devastating fire, but the route also incorporates some of the earlier buildings, such as Westminster Hall, begun in 1097 by William Rufus, son of William the Conqueror. A Matinee or Evening Performance of your preferred theatre show followed with pre/post-theatre supper.

Day 3  - Royal Berkshire & Windsor Castle is the oldest and largest occupied castle in the world and the Official Residence of Her Majesty The Queen. Its rich history spans almost 1000 years. The Castle covers an area of about 5 hectares and contains Magnificent State Apartments furnished with treasures from the Royal Collection, St George's Chapel (one of the most beautiful ecclesiastical buildings in England and the burial place of 10 monarchs) & Queen Mary's Dolls House, a masterpiece in miniature. The Drawings Gallery featuring the exhibition detailed below. During the winter months an additional five rooms, known collectively as the Semi-State Rooms, are included in the visitor route. A Guided Visit of Eton College founded in 1440 by King Henry VI to provide free education for 70 poor scholars who would then go on to further their education at King’s College, Cambridge. Life in the early days was harsh: the boys had to wash outside using only cold water. Eton has educated 19 former British Prime Ministers including the Duke of Wellington, Walpole, Pitt the Elder, MacMillan and Douglas-Home. The School Dress, which dates from the 1850s, still consists of a black tailcoat and waistcoat and pin-striped trousers.