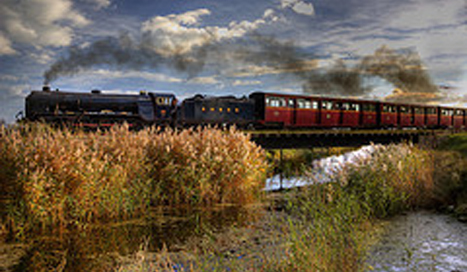 Kent - The Garden Of England

This tailor-made package includes executive coach travel throughout the holiday and from three nights’ accommodation on a half board basis at a 3* or 4* hotel in Kent to suit your group’s requirements. The content of your preferred itinerary will be discussed with you at the time of enquiry.

Day 1 - Sissinghurst Castle & Garden (NT) is a ruin of an Elizabethan manor house gently seated in the beautiful Weald of Kent. It was once a prison to captured French seamen during the Seven Years War, a poor house and latterly a working farm. It gained international fame in the 1930’s when Vita Sackville-West and Harold Nicolson created a garden here. The garden is a riot of colour throughout the year. Divided into small garden rooms, each is very distinctive from the others. Don't miss the famous white garden and Vita's beloved rose garden.

Day 2 - The Historic Dockyard Chatham is a unique & award winning maritime heritage destination with stunning Georgian and Victorian architecture, and exciting maritime galleries and attractions brought to life by costumed guides. Make rope on the Victorian Ropery Tour; be gripped by stories of life aboard our Three Historic Warships, be absorbed by the sights, sounds and smells of the dockyard of 1758 recreated in the Wooden Walls of England and be inspired by the Royal Dockyard Museum. Chartwell (NT) was bought by Sir Winston Churchill for its magnificent views over the Weald of Kent. It was his home and the place from which he drew inspiration, from 1924 until the end of his life. The rooms remain much as they were when he lived here, with pictures, books and personal mementoes evoking the career and wide-ranging interests of this great statesman. The hillside gardens reflect Churchill's love of the landscape and nature.

Day 3 - The Romney, Hythe & Dymchurch Railway – This is a relaxing 14 mile (37 minute) train ride across Kent's Romney Marsh, linking the historic town of Hythe with the seaside villages of Dymchurch & St Mary's Bay, as well as the historic Cinque Port of New Romney on to a special area of coastal interest at Dungeness, complete with the lighthouse open to the public most days. Rye is perched on a hill, overlooking the river Rother and Romney Marsh. With enchanting cobbled streets, a medieval church, as well as beautifully preserved historic houses from medieval, Tudor and Georgian times, Rye is almost suspended in time and has a uniquely unhurried atmosphere. Chapel Down Winery. Here an experienced guide will explain about the history of English Wine, the methods they use in the vineyards and the reasons for the grapes they choose to grow. The tour continues in the Winery where you will learn about the process behind the production of the Award-winning still and sparkling wines. To complete the experience, all tours include a tasting of a selection of their award winning-wines.

Day 4 - Canterbury is a UNESCO World Heritage Site and its skyline is dominated by the stunning Cathedral, the oldest in England, but the cathedral is only part of the story; the ancient ruins of St Augustine’s Abbey and St Martin's Church also form part of Canterbury's UNESCO status. Other ancient ruins such as the Castle are reminders of the city's history, heritage and culture. Although Canterbury is a place steeped in tradition it is also a modern and vibrant city.  Canterbury Cathedral is the ‘Mother church’ of the Anglican Communion & seat of the Archbishop. It is known for its stunning stained glass and 11th century crypt, 12th century quire and 14th century nave. The Cathedral's history goes back to 597AD and in 1170 Archbishop Thomas Becket was murdered in the Cathedral and ever since, the Cathedral has attracted thousands of pilgrims, as told famously in Geoffrey Chaucer's Canterbury Tales.  Godinton House & Gardens is an ancient Jacobean house with a medieval hall & many stunning rooms all beautifully furnished. It has twelve acres of stunning gardens, surrounded by the famous yew hedge. These include both formal and wild gardens with roses, delphiniums and splendid seasonal delights.

Day 5 - Royal Tunbridge Wells - In Georgian times, this historic spa town gained a reputation as the place to see and be seen. Royal Tunbridge Wells owes its existence to the discovery of the Chalybeate Spring in 1606. The town's historic past is reflected very much in its architecture - from elegant Regency villas to large Victorian houses and pretty clapboard cottages, surrounded by the unique 200-acre Common. Savill Garden is one of Britain’s greatest ornamental gardens. Neither a botanical garden, nor a kitchen garden attached to a great house, it is a garden for the garden’s sake, enjoyed by horticulturalists and enthusiasts alike. It never fails to charm visitors who come to explore its 35 acres of contemporary and classically designed gardens and exotic woodland. The Rose Garden takes a fresh and contemporary approach to displaying roses and creates an intense sensory experience with roses especially chosen for their scent, strong colours and repeat flowering.