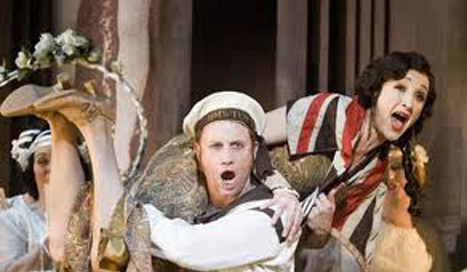 This tailor-made package includes executive coach travel throughout the holiday and from two nights’ accommodation on a half board basis at the 4*Grimsdyke Hotel in Harrow to suit your group’s requirements. The content of your preferred itinerary will be discussed with you at the time of enquiry.

Day 1 - The River & Rowing Museum in Henley-on-Thames has three main galleries devoted to the River Thames, the international sport of rowing and the town of Henley on Thames. The Wind in the Willows is a permanent exhibition that brings the story to life using 3D models, sets, music and an audio guide. A programme of Special exhibitions in the Treasures gallery, Lord Kirkham gallery and on The Wall ensure there is always something new to explore, often providing unique or unexpected insights into one of the main themes. Hughenden Manor NT is the former home of Benjamin Disraeli. The house offers a vivid insight into the charismatic personality and colourful private life of this most unlikely Victorian Prime Minister. It has an extraordinary collection of personal memorabilia and Hughenden's secret wartime past is revealed in its Second World War room in the cellars, with interactive exhibits and eye-witness accounts. The formal garden has been recreated based on the original designs of Mary Anne Disraeli.

Day 2 - Bletchley Park is the site of secret British code breaking activities during WWII and birthplace of the modern computer. A morning tour takes place around the outside of the wartime buildings in the grounds of the Park, with a detailed account of its history and code breaking activities. Discover what went on at each of the key locations, including the famous code breaking huts. The second half of the tour resumes after lunch includes the Block B museum which tells the complete Bletchley Park story. It houses the stunning display of Enigma machines, the Lorenz machine, the Turing-Bombe Rebuild, the Alan Turing slate statue, a Home Front Exhibition, a Toy Collection, the Ox & Bucks Light Infantry at Pegasus Bridge display and a recreation of a German Signals bunker. Your Gala Dinner is followed by the highlight of this tour, a performance of one of Gilbert & Sullivan’s Operas. For over 15 years, the Grim’s Dyke Opera have presented the G&S productions at Opera Dinner evenings, Matinee Afternoon Tea concerts and special weekends celebrating Gilbert’s achievements. The hotel is fortunate to be able to call on professional singers who travel from all over the country to perform at the Grims Dyke, and the entertainment at the Opera Dinners has achieved great acclaim.

Day 3 - Explore the grounds which have an enchanting mix of wild woodland and formal gardens. You can walk past Lady Gilbert’s treasure sunken rose garden where over 12 historical varieties of roses bloom, cross the moat where the ducks swim. This leads to Gilbert’s orchard, home to many different fruit trees including a Ribbstin Pippin apple invented in 1707. Harrow School founded in 1572 under the Royal Charter granted by Elizabeth I to John Lyon, a local farmer. His new School House was completed in 1615 and his School, beginning with one recorded pupil, settled into its gradual, if not uninterrupted, growth towards fame. Pupils have come to Harrow from all over the world, and there is no 'typical Harrovian'. A favourite School Song celebrates the fact that 'the range of Harrow' is a broad one: 'Welcome poet and statesman too...'. BAPS Shri Swaminarayan Mandir, popularly known as the Neasden Temple, was the first traditional Hindu Mandir in Europe. This is the largest traditionally built Hindu stone Mandir in the Western hemisphere. 2,820 tonnes of Bulgarian limestone and 2,000 tonnes of Italian Carrara marble were shipped to India, carved by over 1,500 craftsmen and reshipped to London. In all, 26,300 carved pieces were assembled like a giant jigsaw puzzle in less than 3 years. Together with the Mandir, the 'Understanding Hinduism' exhibition treats visitors to a concise, yet comprehensive study of the Hindu religion.