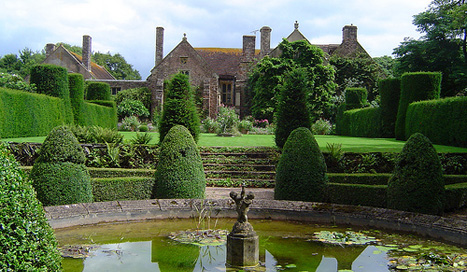 This tailor-made package includes executive coach travel throughout the holiday and from three nights’ accommodation on a half board basis at a 3* or 4* hotel in Avon / Somerset to suit your group’s requirements. The content of your preferred itinerary will be discussed with you at the time of enquiry.

Day 1 - Bradford-on-Avon and a 2 hour canal trip on the Kennett & Avon Canal on board the M.V.  Barbara McLellan. This is a broad beam narrowboat which was built in 1982 and was specifically designed for leisure cruising. She is 65 feet long with a beam of 10.5 feet and she weighs 25 tons and has a 4.2 litre marinised diesel tractor engine.

Day 2 - Lytes Carey (NT) is an intimate manor house which was the former home of medieval herbalist Henry Lytes and here you can learn about his famous 16th-century plant directory, Lytes Herbal. The manor spans many years with its 14th-century chapel and 15th-century Great Hall. Its Arts & Crafts-style garden is a combination of outdoor rooms, topiary, statues and herbaceous borders. Montacute House (NT) is a magnificent, glittering mansion, built in the late 16th century for Sir Edward Phelips. Renaissance highlights include elegant chimneys, carved parapets, contemporary plasterwork and heraldic glass. On walking through the grand Long Gallery, the longest of its kind in Europe, visitors can admire more than 50 of the finest Tudor and Elizabethan portraits from the National Portrait Gallery collection. The formal gardens include an interesting collection of roses, topiary and mixed borders.

Day 3 - Dunster & Exmoor’s National Park.  Dunster Castle (NT) is dramatically sited on a wooded hill and  a castle has existed here since at least Norman times, with an impressive medieval gatehouse and ruined tower giving a reminder of its turbulent history. Home of the Luttrell family for more than 600 years, the present building was re-modeled in 1868–72 by Antony Salvin.  The garden is home to a variety of subtropical plants and also has the National Collection of Strawberry Trees. Wells is a city like no other in Britain. There is the great Gothic Cathedral and Cathedral Green which are the centre piece for a complex of buildings and streets, equally old and fascinating, including the moated and walled Bishop’s Palace with its 14 acres of gardens & Vicars Close.

Day 4  - Cothay Manor’s magic, lies not only in its great age but also in the timeless atmosphere which surrounds it. Said to be the finest example of a small medieval manor in England, Cothay dates back to the 14th century, and has been lovingly restored with period furniture and fabrics by the current owners. Cothay is a living house, not a museum. Legend has it that to celebrate the end of the War of the Roses, a red and a white rose were planted on the terrace by Richard Bluett, the then lord of the manor. The legend continues as you can still see the red rose of Lancaster and the white rose of York flowering today, Hestercombe Gardens has a unique collection of gardens spanning three centuries.  The Georgian Landscape Garden was created between 1750–1786 and was designed to give the impression of an idealised classical landscape with lakes, temples and grottoes. Flowers play only a small part in their design which relies on trees and shrubs to create the right atmosphere. The Victorian Terrace has an exuberant and colourful period style bedding scheme which is changed twice a year. The Edwardian Formal Garden was created by Sir Edwin Lutyens, and the planting scheme was designed by Gertrude Jekyll. Her influence on garden planting has been enormous and her use in borders of graduated colour and planting in drifts, has dominated garden design throughout the last hundred years.

Day 5 - Forde Abbey & Gardens is a treasure in an area already known for its outstanding beauty. More than 900 years of history and romance are encapsulated in this elegant former Cistercian monastery and its 30 acres of spectacular award winning gardens. This landscape has developed slowly since monastic times and the monks certainly grew vegetables in large quantities, but whatever gardens they had have disappeared over the centuries.