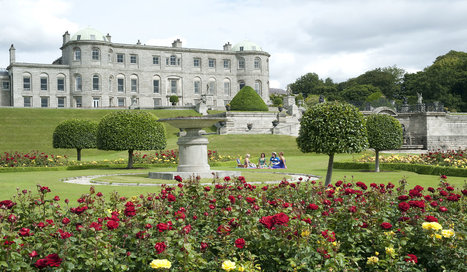 5 days / 4 nights’ duration – departures throughout the year
Private coach transport whilst in Ireland
4 nights half board accommodation at a minimum 3* hotel in Co. Waterford
Example excursion package as detailed in our itinerary

Sample Itinerary
Day 1 – Arriving in Cork you will be met by your private coach and transferred in to the city centre where you will meet your guide for your guided tour of the city. Although Cork is classed as Ireland's second city, it is first in every important respect – at least according to the locals, who cheerfully refer to it as the 'real capital of Ireland'. The best of the city is still happily traditional – snug pubs with live-music sessions, restaurants dishing up top-quality local produce, and a genuinely proud welcome from the locals. The compact city centre is set on an island in the River Lee, surrounded by waterways and packed with grand Georgian avenues, cramped 17th Century alleyways, modern masterpieces such as the opera house and narrow streets. Later this afternoon, you will be transferred to your hotel where dinner is included.

Day 2 – Our first visit today will be to Fota House, Arboretum and Gardens where you will be given a guided tour of the House & the working Walled Victorian Kitchen Garden. Fota is a fabulous regency style great country house which has been restored and conserved by the Irish Heritage Trust. During your visit you will discover fascinating insights into the contrasting lives of the masters of a former time and their servants, in the original surroundings that shaped their worlds. We then continue onto Youghal which is one half medieval walled-town and one half Victorian beach resort. It is the place where Walter Raleigh first introduced the potato into Ireland, where Cromwell left the country from and where much of Ireland’s medieval trade was done through. The result is a legacy that is both impressive and obvious to see. The town walls are tall, strong and still exist over most of its original line. Within the walls, a medieval church, almshouses, a tower house, and the home of Raleigh himself all remain standing. Just to the immediate south of the walled town a different town exists. It is the Victorian Youghal where for decades day trippers came on the train from Cork to enjoy the magnificent beaches. There will be free time here before returning to the hotel + evening meal.

Day 3 – Today begins with a visit to Cobh & the Queenstown Story. Known as Queenstown for a number of decades, it reverted to its old Irish name in 1922 - the Cobh (cove) of Cork. Is there anywhere in Ireland more full of poignant memories than this embarkation point for America? From Cobh hundreds of thousands of mostly hungry and penniless Irish men and women left to build a new life, especially in the Famine years of 1844-48. Many thrived and prospered but many died on the journey in the terrible travelling conditions of the time. The Queenstown Story is based in the disused portions of the railway station at Cobh. This highly imaginative visitor attraction tells the story of emigration from Cobh in the period of the famine in 1845 up to the era of the great Liners in the 1950’s. The historical role which Cobh harbour has played as a port is also illustrated.
This afternoon we visit the famous Jameson's Distillery in Midleton where you will be taken on a journey through the story of Irish whiskey by means of an audio-visual presentation. Follow the old distillery trail through mills, maltings, corn stores, stillhouse, warehouses and kilns - some of these buildings date back to 1795. View the largest pot still in the world prior to sampling the internationally renowned Jameson Whiskey. Dinner included.

Day 4 – This morning is dedicated to Waterford beginning with a guided walking tour of Ireland's oldest city.
Waterford celebrated its 1100th anniversary in 2014 as its history dates back to Viking times. Taking its name from the Old Norse vedrarfjord ('winter haven' or 'windy harbour' are just two of several possible translations), it remains a busy port city on a tidal reach of the River Suir, famous as the home of Waterford Crystal. Although the city has been extensively redeveloped, notably along the waterfront, it retains vestiges of its Viking and Norman past in the narrow streets and town walls of the so-called Viking Triangle. Located on the Mall in the heart of the Viking Triangle we take a factory tour of the House of Waterford Crystal which will take your visit to a new level, seeing the exquisite pieces of crystal, created before your very eyes.
This afternoon, we visit Curraghmore House & Gardens the historic home of the 9th Marquis of Waterford. His ancestors (the de la Poers), came to Ireland from Normandy after a 100-year stopover in Wales around 1170, or about 320 years before Columbus ‘discovered’ the New World. Some 2,500 acres of formal gardens, woodland and grazing fields make this the largest private demesne in Ireland and one of the finest places to visit in Ireland. A Sitka Spruce planted on the estate in the 1830’s is among the tallest tree in Ireland and stands guard over King John’s Bridge. Built in 1205, this stone-arched structure spanning the River Clodagh is the oldest bridge in Ireland. Twelve miles of famine relief boundary walls and four sturdy wrought iron gates surround the estate. Hidden in a shrubbery near the main house is the most enchanting Shell House, created by Catherine Countess of Tyrone. The decoration of the folly took her 261 days to complete and the intricate patterns of shells from all over the world still glow with colour above a statue of the Countess by John van Nost. Records show that Lady Catherine herself charged Captains of ships sailing to and from the important Georgian Harbour at Waterford to collect and return shells to her from all over the World. Your evening meal is included this evening.

Day 5 – Checking out of the hotel after breakfast early this morning we depart early and head north towards Dublin. A comfort stop will be made in Kilkenny, famous for its arts and heritage, and one of Ireland’s favorite tourist destinations. Known as ‘The Marble City’, Kilkenny contains some of the best preserved medieval structures such as Kilkenny Castle, Rothe House, and Canices Cathedral, architectural treasures which give the city an ambience and character like no other. Next we visit the magnificent Powerscourt House & Gardens. Here, the Avenue leading to the Palladian house echoes the magnificence of the whole estate, being a mile long and lined by over 2,000 beech trees. In addition, the 47 acres of gardens are remarkable for their grandeur of scale, at the same time combining great delicacy and refinement of detail. The house was gutted by fire in 1974 but has been reborn as an exceptional tourist destination. The entrance hall now features an exhibition bringing to life the rich history of the estate, while the double height Georgian ballroom has been restored and hosts weddings and corporate events. The house is now home to the best of Irish design in gifts, clothes and furniture in the Avoca Stores and the Interiors Gallery. The stunning gardens were laid out during two main periods. To the north formal tree plantations framed the vista from the house, while a walled garden, fish pond, cascades, grottos and terraces lay to the south. These are linked by carefully designed walks and set in the magnificent surroundings of the Wicklow Mountains. Continuing on to the City of Dublin, you will be taken on a 45 minute Discover Dublin river cruise. Along the way you will pass under O’Connell Bridge and then head for Liberty Hall and the beautiful 18th Century Custom House. You will continue on to Docklands where iconic modern architecture sits alongside Georgian warehouses and memorials to Ireland’s past. You will pass close by the Jeanie Johnston and continue as far as the Samuel Beckett (Calatrava) Bridge, where the river opens out before returning to your embarkation point.