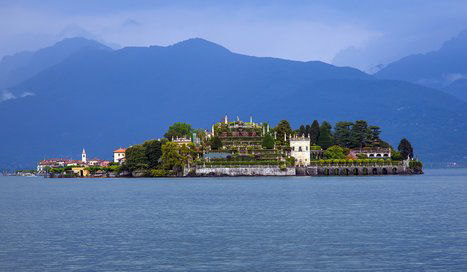 Destination of the Month - Italy

• Italy - Most people and not just Italians have raved about Italy since tourism began. It is a country that really does have it all, including one of the most diverse and beautiful landscapes in Europe, the world’s greatest hoard of art treasures (many on display in fittingly spectacular cities and buildings), an agreeable climate all year round and importantly for many, a delicious and authentic national cuisine.

• Italy only became a unified state in 1861 and as a result Italians often feel more loyalty to their region than to the nation as a whole which manifests itself in the varying cuisines, dialects, landscapes and often varying standards of living. There is a single national Italian characteristic, which is to embrace life to the full. This might be by way of local festivals across the country on any given day to celebrate a saint or the local harvest whilst great importance is placed on good food and local produce. They are known for the daily ritual of the collective evening stroll or ‘passeggiata’, which is a sociable affair celebrated by young and old alike in every town and village across the country.

• There is also the country’s enormous cultural legacy: TUSCANY alone has more classified historical monuments than any country in the world. There are considerable remnants of the Roman Empire all over the country, notably in Rome itself and every region retains its own relics of an artistic tradition generally acknowledged to be among the world’s richest.

ROME Italy’s capital and the one city in the country that owes allegiance neither to the north or south, is a magnificent city quite unlike any other. In terms of historical sights, Rome has more attractions than anywhere else in the country. Rome is the focal point of Lazio which has a mix of poor and sometimes desolate areas, many with rugged landscapes particularly south of Rome, which contrast with the more manicured beauty of the other central regions.

The regions of PIEMONTE and LOMBARDY in the north west make up the country’s richest and most cosmopolitan region with the two wealthiest cities being TURIN and MILAN. In the south these regions are flat and scenically dull, especially Lombardy, but in the north the presence of the Alps shapes the character of each. Skiing and hiking are prime activities and the lakes and mountains of Lombardy are time-honoured tourist destinations.

LIGURIA is a small coastal province to the south which has long been known as the ‘Italian Riviera’ and is crowded with sun-seekers for much of the summer. It has a beautiful stretch of coastline and its capital Genoa, is a vibrant, bustling port town with a long seafaring tradition.

Much of the most dramatic mountain scenery lies within the smaller northern regions. In the far northwest, the tiny bilingual region of the VALLE d’AOSTA is home to some of the country’s most frequented ski resorts and is bordered by the tallest of the Alps – the Matterhorn and Mont Blanc. In the northeast, TRENTINE-ALTO ADIGE, another bilingual region and one in which the national boundary is especially blurred, marks the beginning of the Dolomites mountain range, where Italy’s largest national park, the Stelvio lies amidst some of the most memorable landscapes.

The DOLOMITES stretch into the north eastern regions of the VENETO and FRIULI-VENEZIA GIULIA. Here the main focus is VENICE a unique city and every bit as beautiful as its reputation. There is also the arc of historic towns outside the city – VERONA, PADUA and VICENZA which are centres of interest in their own right, although rather overshadowed by their illustrious neighbour.

THE ITALIAN LAKE DISTRICT has five major lakes. From west to east these are Lakes MAGGIORE, LUGANO, COMO, ISEO and GARDA, each with has its own particular character. The lakes were formed during the last Ice Age and are the result of glaciers thrusting down from the Alps and gouging out deep valleys wherever softer rock created an easy pathway for the ice. Later, as the ice melted, the lakes were formed in the valley bottoms. Most of the lakes enjoy sheltered microclimates that make them warm and mild in winter, with the southern shores benefiting from winter sunshine – while the northern shores tend to be overshadowed by Alpine peaks. Explore their waters by ferry, zigzagging between the windsurfers and dinghies, exploring tiny fishing harbours and marinas fringed by geranium-clad gelaterie. But there are other lakes as well, literally hundreds of them, some such as ORTA, VARESE and IDRO which are large, whilst others are as small as glacial ponds. Between them twist the tortuous sinews of the pre-Alps, their steep mountain roads always beautiful and dangerous, although motorways blasted through tunnels help speed you on your way.

To the south, the region of EMILIA-ROMAGNA was at the heart of Italy’s post war industrial boom and enjoys a standard of living on a par with Piemonte and Lombardy, although it is also a traditional stronghold of the Italian Left. Its coast is popular with Italians and Rimini is Italy’s brashest seaside resort, renowned for its nightlife. You may do better to ignore the beaches altogether, however, and concentrate on the ancient centres of RAVENNA, FERRARA and PARMA. The regional capital is BOLOGNA and it is one of Italy’s liveliest, most historic but least appreciated cities and traditionally Italy’s gastronomic and academic capital.

CENTRAL ITALY depicts the most commonly perceived image of the country including TUSCANY with its classic rolling countryside and the art-packed towns of FLORENCE, PISA and SIENA, to name the three best-known in one of the most visited regions in Italy.

Neighbouring UMBRIA is similar as visitors flock into towns such as PERUGIA, SPOLETO and ASSISI.

LE MARCHE highlights include the ancient towns of URBINO and ASCOLI PICENO. South of Le Marche, the hills begin to pucker into mountains in the twin regions of ABRUZZO and MOLISE which is one of Italy’s most remote areas which centres around one of the country’s highest peaks, the Gran Sasso d’Italia.

The south begins with the region of CAMPANIA. Its capital, NAPLES is a unique and unforgettable city in the spiritual heart of the Italian south and close to some of Italy’s finest ancient sites. These include POMPEII and HERCULANEUM not to mention the country’s most spectacular stretch of coast around AMALFI.
Naples is Italy's third-largest city and also one of its oldest, most artistic and most delicious. Its historic centre is a UNESCO World Heritage Site and its archaeological treasures are amongst the worlds’ most impressive. Its abundance of glorious palaces, castles and churches make Rome look positively provincial. Then there's the food. Blessed with rich volcanic soils, a bountiful sea and centuries of culinary know-how, the Naples region is one of Italy's epicurean heavyweights, serving up the country's best pizza, pasta and coffee. Uncover a city of breath taking frescoes, sculptures and panoramas of unexpected elegance.

BASILICATA and CALABRIA which make up the instep and toe of Italy’s boot, are harder territory but still rewarding, the emphasis being less on art and more on the landscape and relatively unspoilt peaceful coastlines. PUGLIA, the ‘heel’ of Italy has underrated pleasures. Notably these include the landscape of its GARGANO PENINSULA, the souk-like qualities of its capital BARI, and the Baroque glories of LECCE in the far south.

SICILY - Temples, volcanoes, natural wonders and delicious pastries...
Sicily is more than an Italian region. It is famous for its unique character and for being a law unto itself. Geographically it is the football which is kicked by Italy's boot and is just a short distance from the African coast. A long history of invasion and conquest has resulted in a lavish mixed heritage: Greek, Arab, Roman and Norman. This wide range of influences can be detected in the island's architecture, landscape and culture and has blended to make Sicily a thoroughly unique destination. Equally important has been the land's predisposition to natural disasters.
MOUNT ETNA in the eastern part of the island, is Europe's highest and most active volcano (its last serious eruption was in 2002). Sicily is also subject to earthquakes and extreme weather conditions. A devastating earthquake in 1693 destroyed the south-eastern towns, which were rebuilt in a Baroque style. Nature, disaster and mystery go hand-in-hand in Sicily. Sicily's pastries and desserts (dolci) are famous for their richness, and stuffed with marzipan and ricotta. Among the treats are cannoli (thin tubes stuffed with ricotta, chocolate or candied fruit). Marsala is Sicily's most well-known wine.
TAORMINA is a fashionable resort with beaches nearby, a fine Greek theatre and a stylish film festival (in June). One of the classical world's most important legacies can be seen at AGRIGENTO’S VALLEY OF THE TEMPLES. The inland hilltop town of ENNA is at the heart of Sicily and offers a different perspective on the island. PALERMO is the regional capital and has many sights of interest. The Baroque city of CATANIA is the birthplace of the composer Bellini and is worth a visit and makes a good base for visiting Etna. SIRACUSA, perhaps better known as SYRACUSE, was an important Greek town and home to Archimedes. Its Greek theatre still stands and classic dramas are performed here annually.

SARDINIA is a large island in the Mediterranean to the west of Italy. It has a mountainous interior and a famed coastline with turquoise waters. The island is a region of Italy and its regional capital is CAGLIARI. The island has a long and intriguing history and is dotted with interesting archaeological sites. Many remain as ruins and the importance of these sites is recognised with a UNESCO World Heritage listing. Sardinia has a dual reputation within Italy as it is one of the most popular summer holiday destinations for beach-loving Italian families. At the same time, Sardinia's ancient 'alternative side' casts a lingering and occasionally sinister shadow. The island has many beaches and stretches of coast which are largely unspoiled and plenty of down-to-earth towns and resorts. Lagoon, island and mountain habitats all feature among the region's nature reserves, where the range of wildlife includes flamingos, golden eagles, mountain goats and wild white donkeys.
For a city break, visit CAGLIARI, with its museums, bars, affordable restaurants and nearby sandy beaches. For more of a holiday resort feel, fly to ALGHERO to explore the historic town centre and enjoy local boat trips. North of OLBIA, the exclusive and expensive resorts of the COSTA ESMERALDA line one of the island's most beautiful stretches of coastline and beyond the glitz is the island archipelago of LA MADDALENA. This cluster of islands, once home to Garibaldi is now a marine reserve and the island of SANT'ANTIOCO, make good locations for a tranquil island getaway.

For your tailor-made ITALIAN EXPERIENCE contact one of our expert sales team who will help arrange the ideal group holiday for you to this varied and wonderful destination.