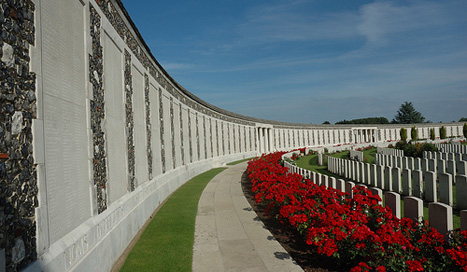 Day 1 - The Domain of Raversijde which includes a 3 in 1 ticket, allows you to visit the Atlantic Wall which consists of 60 buildings connected by two kilometres of open-air and underground tunnels. They are silent witnesses to the horrors of war and those who have visited this unique open-air museum, know that this should never happen again. At Walraversijde you can visit the reconstructed medieval fisherrmens' houses, the archaeologist’s house, the site of the excavations and the interactive exhibition in the museum compound, taking a trip back into time. There is also the Memorial of Prince Charles which aims to keep the memory of the Belgian Prince Charles alive. Besides being Belgian regent from 1944 until 1950, he was of royal descent and an artist. The buildings in which he lived for many years have been opened to the public as museums and house a biographical exhibition on the prince.

Day 2 - The medieval city of Gent has for years been in the shadow of Antwerp and Bruges, with its quaint cobbled streets and winding canals has 900+ listed buildings which are testament to the fact that not only did it survive the World Wars pretty much intact, but also that it was a very wealthy city in medieval times. It was once Europe's largest cloth producer and the continent's largest city outside Paris. Some of the famous sights are The Three Towers of Ghent, namely St. Bavo’s Cathedral, the Belfry and St. Nicholas’ Church which form a line pointing towards St. Michael’s Bridge. St. Bavo’s Cathedral is a massive construction with many priceless works of art. The St. Nicholas’ Church is one of the oldest and most prominent in Ghent and at St. Micheal's Bridge you can admire some of the city's many listed buildings.

Day 3 - Ypres was originally a small Flemish market town. In 1914, the outbreak of WWI, the town of Ypres was the scene of some of the worst fighting of the war and Ypres was described as being, all the horrors of the Somme and the hell of Verdun. The consequences were drastic with 500,000 dead in an area of 25 square kilometres. A guided tour of the Flanders Battlefields will include Tyne Cot cemetery which first came into being in October 1917, when the ridge where the cemetery is now located was captured by the British . The afternoon is free to explore Ypres including the Grote Markt (the Main Square), which gives some indication of the wealth of the city in the Middle Ages, when it was ten times the size of Oxford. Dinner tonight will be in Ypres, as you will attend the Last Post at the Menin Gate this evening.For a few moments the noise of traffic ceases and stillness descends over the memorial. At exactly 8pm up to six members of the regular buglers from the local volunteer Fire Brigade step into the roadway under the memorial arch. They play the Last Post, followed by a short silence and then play Reveille. Visiting groups may lay a wreath and say a few words. The Menin Gate is inscribed with the names of more than 54,000 soldiers who died in the Great War, who have no known graves.

Day 4 - Bruges, also called 'The Venice of the North' is also a ‘World Heritage Site’ because of its fascinating medieval architecture. It is undoubtedly one of the most appealing and picturesque cities in Europe, with the contrast of modern and historical,it is one of Belgium's jewels. You can wander through the narrow cobbled streets lined with lace boutiques, chocolate and local craft shops, or simply relax in one of the many pavement cafes where you can purchase lunch, in the Markt, Bruges' main square, and enjoy a local beverage al fresco. A guided walking tour or a canal cruise is an ideal way of exploring Bruges further.

Day 5 - The historic city of Antwerp in the heart of Flanders is blessed with magnificent architecture, fashionable shop fronts, beer-washed pubs, dazzling monuments and inspired artworks Antwerp, home of the Flemish Baroque master Rubens, not only has a wealth of outstanding museums, picturesque galleries, sculpted streets and beautiful architecture, but is also laced with refreshing greenery and urban haunts. Most of the architecture, especially around the old square, dates from the 16th (the golden era of Antwerp) and the 17th century and you will be amazed by the magnificent building adorned in gold leaf, a truly stunning spectacle. The past is also represented by the numerous paintings of Peter Paul Rubens who lived in the Antwerp of the early 17th century and you can visit the Rubens Museum which is situated in the city centre alongside the famous Sunday 'Vogelmarkt'. Antwerp is also known as the diamond centre of the World & nowadays has earned a place among the fashion cities of the world.

Day 6 - Brussels is the capital of Belgium and the administrative centre of the European Union which has earned the city the title of the 'Capital of Europe'. Brussels has been given its character by the coexistence of French and Flemish culture, and it is nowadays home to nationalities from around the world, adding a cosmopolitan flavour to its atmosphere. The vibrant atmosphere of Brussels is further enhanced by picturesque medieval streets, lively squares, beautiful boulevards, impressive monuments, spacious parks, cosy cafés & interesting restaurants. There are a wealth of museums to enjoy including the Fine Arts museum, the Royal museum of Art & History & the Coudenberg (Underground Royal Palace) Museum to name but a few. We return to the UK later today and your original departure points.