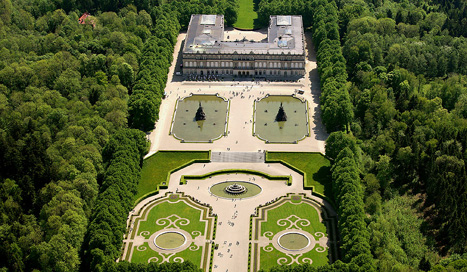 The Austrian Lake District and Salzburg

This tailor-made package includes return travel from the UK. From four nights’ accommodation on a half board basis staying at a 3*or 4* hotel in Austria to suit your group’s requirements. The content of your preferred itinerary will be discussed with you at the time of enquiry.

Day 1 - Travelling from the UK to Austria by way of your preferred mode of transport.

Day 2 - Bad Ischl &The Kaiservilla, St Wolfgang & a Cruise on Lake Wolfgangsee. Kaiservilla is the former summer capital of the great Austro-Hungarian monarchy and has been associated with the Hapsburgs for at least 700 years.  It was described by Franz Josef I as ‘heaven on earth’ and it was here on 28th July 1914, that he signed the declaration of war on Serbia which descended into World War I. The Schafbergbahn is the steepest cogwheel railway in Austria which famously featured in the ‘Sound of Music’. Enjoy a cruise from St Wolfgang to St Gilgen on the picturesque Lake Wolfgangsee.

Day 3 - Guided tour of Salzburg & the Hellbrunn Palace - A tour of the old city of Salzburg, the home of Mozart and the ‘Sound of Music’, takes in sights such as the Hohensalzburg Fortress, the Cathedral, Mozart’s birthplace and the Mirabell Palace and Gardens. The Hellbrunn Palace was commissioned by Salzburg’s Prince Archbishop, Matkus Sittikus von Hohenems in 1612 and is one of the most magnificent Renaissance buildings north of the Alps.

Day 4 - Hitler’s Eagle’s Nest & Hallstatt - At Berchtesgaden we visit  Hitler’s Eagle’s Nest which was given to Hitler as a 50th birthday present. Hallstatt is a very picturesque town and is often referred to as ‘the pearl of Austria’. It was the site of an early Iron Age culture from 800 to 400 BC and is considered to be the oldest, continuously inhabited settlement in Europe. Visit the Cultural Heritage Museum, displaying 7,000 years of Hallstatt history or enjoy a cruise on Lake Hallstattersee.

Day 5 - Explore the Bavarian resort of Prien. The fairytale Herrenchiemsee Castle built for King Ludwig II  sits magnificently on Lake Chiemsee and was constructed to rival the Palace of Versailles.

Day 6 - Returning by your preferred mode of transport.