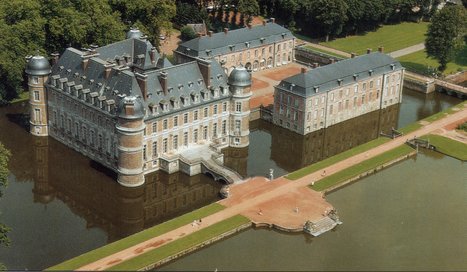 Destination of the Month - The Belgian Ardennes

If you are looking for outdoor activities, fresh air and greenery, stunning scenery and an abundance of historic attractions, head for Belgium’s southeastern corner.

Here you will find meandering rivers, areas rich in fauna and flora and vast forests. Explore the many picturesque villages which nestle in the valleys where traditions and folklore still live on, and where the region's arts and crafts can be enjoyed. Springtime in the Ardennes is the season for walking, cycling, fishing, canoeing and kayaking.

Belgium’s southern reaches are a striking contrast to the crowded, industrial north, as cities give way to the rugged wilderness landscapes of the Ardennes.

Beginning in France, the Ardennes stretches east across Luxembourg and Belgium before continuing on into Germany, covering three Belgian provinces en route – Namur in the west, Luxembourg in the south and Liège in the east. The highest part, lying in the German-speaking east of the country, is the Hautes Fagnes (the High Fens), an expanse of windswept heathland that extends from Eupen to Malmédy. But this is not the Ardennes’ most attractive or popular corner which lies further west, its limits roughly marked by Dinant, La Roche-en-Ardenne and Bouillon. This region is given character and variety by its river valleys: deep, wooded canyons, at times sublimely and inspiringly beautiful, reaching up to high green peaks. The Ardennes’ cave systems, especially those in the Meuse, Ourthe and Lesse valleys have been carved out over the centuries by underground rivers that have cut through and dissolved the limestone hills, leaving stalagmites and stalactites in their wake.

During World Wars I and II this region was a battleground and the scene of bitter fighting in 1914 and 1918 and in 1944 it was the centre of the last major German offensive on the Western Front, known as The Battle of the Bulge. This was an unsuccessful attempt to push the Allies back from German home territory.

The ‘main gateway’ to the most scenic portion of the Ardennes is Namur strategically sited at the junction of the Sambre and Meuse rivers and well worth a visit in its own right. The town’s pride and joy is its massive, mostly nineteenth-century citadel, once one of the mightiest fortresses in Europe. From Namur you can follow the Meuse by train to Dinant, a pleasant and very popular town, before going on to explore the Meuse Valley south of Dinant.  From here, routes lead east into the heart of the Ardennes t towns like Han-sur-Lesse which is surrounded by undulating hills and is riddled with caves, to prettier Rochefort and St-Hubert with its splendid Italianate basilica.

The most charming of the towns in this area are La Roche-en-Ardenne situated alongside the River Ourthe beneath wooded hills, which is renowned for its smoked ham and game; Bouillon, a picturesque little place whose narrow streets trail alongside the River Semois beneath an ancient castle. Located close to the border of France on the southern periphery of the Belgian Ardennes, it is within easy striking distance of some of the region’s most dramatic scenery, along the valley of the Semois. If you’re visiting the eastern Ardennes, the easiest starting point is the city of Liège from where it is a short hop south to the historic resort of Spa and the picturesque town of Stavelot. All of these towns are excellent bases for hiking into the surrounding countryside and also to venture into the Hautes Fagnes, although the attractive little town of Malmedy is slightly closer.

For further details on suggested itineraries and holiday packages to suit your group, contact our Belgian Ardennes experts today.