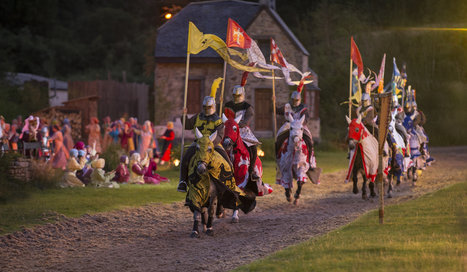 Day 2 -  Lindisfarne / Holy Island (NT).
This island was populated by missionaries in the 7th Century after coming from Iona led by St Aiden. The Danish ransacked the monastery 150 years later and in 11th-13th Centuries the Benedictine monks rebuilt the priory, which is now in ruins but which for centuries intrigued and inspired.The next stop is the village of Bamburgh, home to a magnificent castle which was once the Royal Seat of the Kings of Northumbria and where you will also find the RNLI Grace Darling Museum (local donation).This museum illustrates Grace’s upbringing and life on the lighthouse, the events of the rescue that propelled her into the limelight and the nature of that subsequent fame. Farne Islands Cruise - subject to weather conditions.
This 1½ hour cruise sails around all of the islands giving good views of the nesting birds on the cliff faces and viewing the Grey Seals at several vantage points along with an informative commentary throughout. There are an estimated 3 to 4 thousand Grey Seals at the Farne Islands and large numbers can be counted basking on the rocks, especially at low water when islands are more exposed.


Day 3 - City of Durham, known asthe ‘City of the Prince Bishops’. On arrival a guided walking tour is included during which you will learn about Durham’s history, which dates back a thousand years to the arrival of a religious community seeking a permanent resting place for the body of St Cuthbert of Lindisfarne. The dramatic skyline is one of the most stunning city panoramas in Europe, dominated by the iconic Durham Cathedral* (donation payable locally) and Castle, a World Heritage Site. Lunch can be purchased before this afternoon’s guided tour of Durham Castle, a Norman castle which has been wholly occupied since 1840 by University College. Brief photo stop at Anthony Gormley’s iconic Angel of the North. *Sometimes repair work, a special event or service means limited access to all or parts of Durham Cathedral. As a working church some private services are arranged at short notice.
Day 4 - Kynren. A spectacular live action outdoor theatre show presented by Eleven Arches on a seven-and-a-half acre stage. 1,000 cast and crew immerse you in the telling of a 2,000-year tale; the history of England. Kynren brings to ground-shaking life the story of invasions, royal splendour, wars, heroic sacrifice, daily life and seismic change. Take your seat with around 8,000 others and be swept along by a thrilling journey. Two thousand years in the making: dazzling pyrotechnics, beautiful choreography, amazing stunts and hard-to-believe horsemanship combine with an inspired, original soundtrack.


Day 5 - Alnwick Castle and Gardens, also known as the 'Windsor of the North. Here a guided tour of the Staterooms of this foreboding but magnificent medieval castle is included, which has been owned by the same family for nearly 700 years. It has many stunning state rooms containing fine furniture and paintings by Canaletto, Van Dyck and Titian. It is then a short walk to Alnwick Garden where the Duchess of Northumberland's vision was to create a beautiful public space accessible to everyone. Adrian Fisher, the world's leading maze designer, Caroline Holmes a renowned figure in the horticultural world and William Pye a celebrated water sculptor, combined their talents to create stunning features within the Garden. A guided tour is included during which you will visit the ‘Poison Garden’ packed with deadly and sometimes familiar plants. Dinner is included at the hotel tonight.


Day 6 - Beamish, Britain’s favourite ‘open air museum’. Set in over 300 hundred acres of beautiful countryside, this museum vividly recreates life in the North of England in the early 1800’s and 1900’s. This attraction demonstrates the recent history of the region in a ’living’ way and provides entertainment and education for all ages and interests. Take a tram ride back in time and experience the sights, sounds, smells and delicious tastes of the past. Take a walk through the beautiful Georgian Landscape and find out what life was like in the 1820s. Explore the 1900’s Town and experience life before the First World War. Visit the 1900’s Pit Village to learn your times tables and practise your handwriting in the school. Take a trip down the drift mine to discover the reality of life underground for miners. Meet the Land Girls and learn to drill with the Home Guard at The 1940’s Farm.