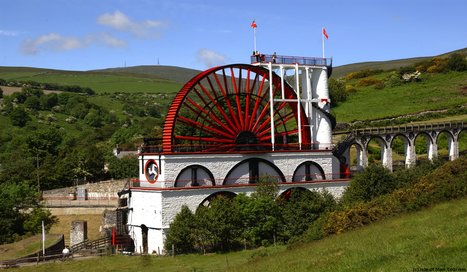 Our ISLE OF MAN package includes:

4 nights half board accommodation at the 3* Empress Hotel in Douglas – all ensuite rooms - porterage included.

Included excursion package with entrances as per our sample itinerary accompanied by a driver guide.
(For all Manx National Heritage Trust properties (MNH), National Trust and English Heritage members gain free entry on production of a valid membership card, whilst non-members would pay these entrances locally)

The 3* Empress Hotel, Douglas commands a prime position on the Victorian promenade overlooking Douglas Bay and is just a short walk from the town centre. Built at the end of the last century, the hotel has been extensively upgraded and proudly maintains its status as one of the best hotels on the Island. The hotel has 102 bedrooms, all fully equipped with the comforts of home including luxurious en-suite marble bathroom, complimentary refreshments, a range of channels on the latest LCD flat screen televisions, hairdryer, trouser press, broadband internet access point and Free Wi-Fi. Lift to all floors.

Sample Itinerary
Day 1 – Arriving in Douglas, you will be met by our local coach operator who will transfer you to Douglas and your centrally located hotel. Your rooms will not be available until mid-afternoon but your luggage will be stored and you will be served tea & coffee before having free time for you to purchase lunch in Douglas. We will then offer a transfer to the nearby Manx Museum, which isbursting with artefacts and treasures unique to the Isle of Man where you can visit at leisure. The Island’s 10,000 year history is presented through film, galleries and interactive displays. This is the perfect starting point on your journey of discovery of the Island and its Viking and its Celtic past. Alternatively, you might choose to take a ride on one of the Horse Drawn Trams which run along the front (extra cost & subject to date of travel). These trams are the world's oldest surviving horse drawn tram service, dating back to 1876 and are fitted with roller bearings to ease the load on the horses bred to pull them. The trams link the 2 miles distance from the Manx Electric Railway and depot at Derby Castle along Douglas Promenade to the Sea Terminal and Port. You will be transferred the very short distance from the town centre to your hotel later this afternoon where having checked in and freshened up, your evening meal is included.