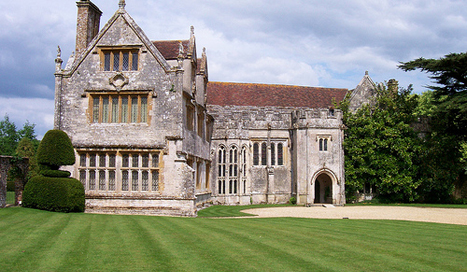 This tailor-made package includes executive coach travel throughout the holiday and from three nights’ accommodation on a half board basis at a 3* or 4* hotel in Dorset to suit your group’s requirements. The content of your preferred itinerary will be discussed with you at the time of enquiry.

Day 1  - The city of Winchester has a wealth of places worth visiting. The Cathedral, a place of worship for over 900 years, is as remarkable as its hidden treasures - Anthony Gormley's Sound II, the Winchester Bible and Jane Austen's tomb. It is also famous for its legendary Arthurian Round table, a striking sight well worth visiting in The Great Hall, the only remaining part of Winchester Castle. The Winchester Military Museums are home to one of the most sizeable collections of regimental history outside London, in the form of five museums.

Day 2  - The ‘Jurassic Coast’ achieved World Heritage Site status because of the unique insight it provides into the Earth Sciences. This spectacular coastline clearly depicts a geological ‘walk through time' spanning the Triassic, Jurassic and Cretaceous periods. The Seaton Tramway operates narrow gauge heritage trams between Seaton and Colyton in East Devon's glorious Axe Valley. Travelling alongside the River Axe estuary, through two nature reserves, you will have an unrivalled view of the abundant wading bird life. Colyton is described as 'Devon's Most Rebellious Town' for its part in the Monmouth Rebellion of 1685. Colyton is set in an area of Outstanding Natural Beauty and this medieval town was once a thriving centre of the wool trade. It features many fine buildings including a Tudor vicarage, an old church house, the Great House with its interesting chequer board façade and the old Court House were the dreaded Judge Jeffreys tried the local members of the Monmouth Rebellion. At Lyme Regis the cliffs are 200 million years old and mark the start of the Jurassic Coast. The Cobb attracts visitors, not just for its visual splendour and its magnificent naval architecture, but also for its connections with great literature. The Abbotsbury Swannery & Tropical Gardens is the only place in the world where you are able to walk through the heart of a colony of nesting Mute Swans. The Swannery was established by Benedictine Monks who built a monastery at Abbotsbury during the 1040's. The monks farmed the swans to produce food for their lavish Dorset banquets. The Tropical Gardens were established in 1765 as a kitchen garden for a nearby castle. Developed since then into a magnificent 20 acre garden filled with rare and exotic plants from all over the world, many of these plants were first introductions to this country.

Day 3 - The Swanage Railway started in 1885. Steam trains now operate over 6 miles of track between the seaside town of Swanage and the beautiful Dorset countryside. Athelhampton House is the quintessential English Manor House whose history covers more than 500 years. The house is still in private ownership and dates from 1485 and is a magnificent example of early Tudor architecture. It has fascinating interiors with heraldic glass, linen fold panelling and antique furnishings. The Grade 1 listed gardens surround the main house. The formal gardens were built in 1891 and the 10m high pyramids dominate the Great Court. At Bennetts Water Garden grass paths meander between a series of ponds and lakes within this 8 acre site. At their best during the summer months is one of the most outstanding displays of water lilies in Britain, surrounded by huge pond and moisture loving plants, native trees, palms, wild plants and flowers.

Day 4 - Weymouth & Brewers Quay where amid the labyrinth of paved courtyards and cobbled streets of this redeveloped Victorian brewery, nestles a unique Shopping Village packed with specialist shops and attractions. Nothe Fort overlooks both Weymouth and Portland Harbours and offers some fantastic views. This restored Victorian fort is now a museum with emphasis on the Victorian and World War II periods. This 17th century waterfront is steeped in history with links to the Black Death, Spanish Armada, the Civil War & also the D-Day Landings. Mottisfont (NT) is an historic house set in atmospheric gardens and grounds. At the heart of this tranquil rural estate is Mottisfont Abbey situated alongside the fast-flowing River Test. There are many layers of history here, including the Gothic remains of the original 13th-century Augustinian priory.